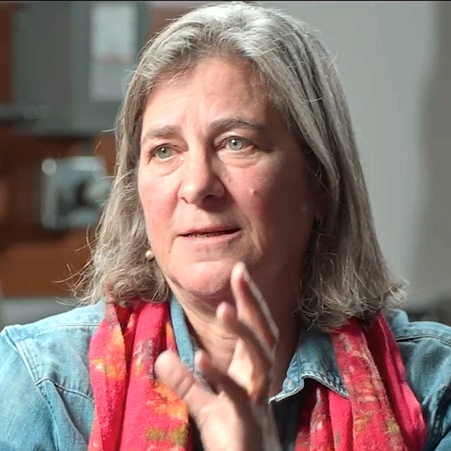 Melissa Franklin is an experimental particle physicist, the Mallinckrodt Professor of Physics at Harvard University. She was Harvard’s first female tenured professor in 1992, and chaired the Department from 2010 to 2014. As a precocious 16 year old, she was awarded an internship at Fermilab, America’s leading energy particle accelerator, where she discovered that experimental physics allowed her to both build things and measure the fundamental phenomena in nature. Building instruments in her lab at Harvard, she admits in her conversation with Alan, “I like the act of measurement. I feel compelled to measure.” Working at Harvard and at CERN in Geneva, Melissa's measuring skills helped determine the elusive mass of the top quark.

Melissa studies proton-proton collisions produced by Large Hadron Collider (LHC) at CERN. She is a collaborator on the ATLAS experiment at the LHC, where she works in collaboration with over 3,000 physicists. Franklin was the co-discoverer of the top quark and the Higgs boson. She is presently studying the properties of the Higgs boson and searching for new physics beyond the Standard Model. In 1993, Franklin was elected a fellow of the American Physical Society. She is currently a member of the CDF at Fermilab and ATLAS (CERN) collaborations.

Melissa Franklin was born in Edmonton, Alberta, and grew up first in Vancouver, British Columbia, and then in Toronto, Ontario, where her family moved in 1962. Chess and sports helped to shape Franklin’s youth in Toronto, along with constant reading. In a fascinating profile in the Harvard Gazette (“Physics was paradise”), Melissa said, “My parents weren’t scientists and didn’t go to college. They worked in the entertainment business. My mother was a television producer and worked in publishing as well, and my father was a journalist. There wasn’t a huge emphasis on going to college, so it didn’t seem strange for me to quit high school at the age of 13, after ninth grade, and start a free school. I went to a big inner-city high school, a public high school, for ninth grade. But other than playing a lot of sports, I didn’t learn very much. It wasn’t a very good atmosphere for me, for learning.” At 16, she enrolled at the University of Toronto and spent her post-freshman-year summer as an intern at the Fermi National Accelerator Laboratory near Chicago. Professor Franklin received her B.Sc. from the University of Toronto and her Doctorate from Stanford University. She worked as a post-doctoral fellow at Lawrence Berkeley Lab, was an assistant professor at the University of Illinois in Champagne/Urbana, and was a Junior Fellow in the Society of Fellows at Harvard before joining the Harvard faculty in 1989. Dr. Franklin served as Chair of the Physics department from 2010-2014.

For over a decade, Franklin traveled between Boston and Chicago every few weeks to check on and fix equipment at Fermilab in Batavia , Illinois. In 1995, her team proved the existence of the top quark. Since the 1990s, Franklin has been a frequent guest on the CBC Radio science program “Quirks and Quarks.” Franklin has also been a frequent lecturer and “dramatic read[er]” in the annual Ig Noble Prize Ceremonies and other events of the Annals of Improbable Research.

An excerpt from Harvard Gazette’s “Physics was paradise:”
(edited for clarity and length.)

Q: Did you ever consider going into theory instead of experimentation?

Q: Is there a typical day at the (ATLAS, CERN) experiment?

A: That’s what I like about it; there’s no typical day. For instance, I remember spending one whole summer or spring—I don’t actually know which because I didn’t get to see outside—I loved that feeling of going to work at 8 o’clock in the morning and coming up from the pit and not knowing exactly what time it was, and also not knowing whether it was light or dark. So there’s a way you can get completely absorbed in what you’re doing and it’s a wonderful feeling, and yet it never seemed to last too long or that you have to do the same thing over and over again. (Particle physics) is not for people who get bored easily but for people who like to move around and do a lot of different things and also learn a lot. You know, the great thing about being an experimentalist is you’re constantly learning how to do something. So, for me it was great. And the other great feeling is that you’re making a contribution to science and it’s not just about you. In fact, it’s almost anonymous. 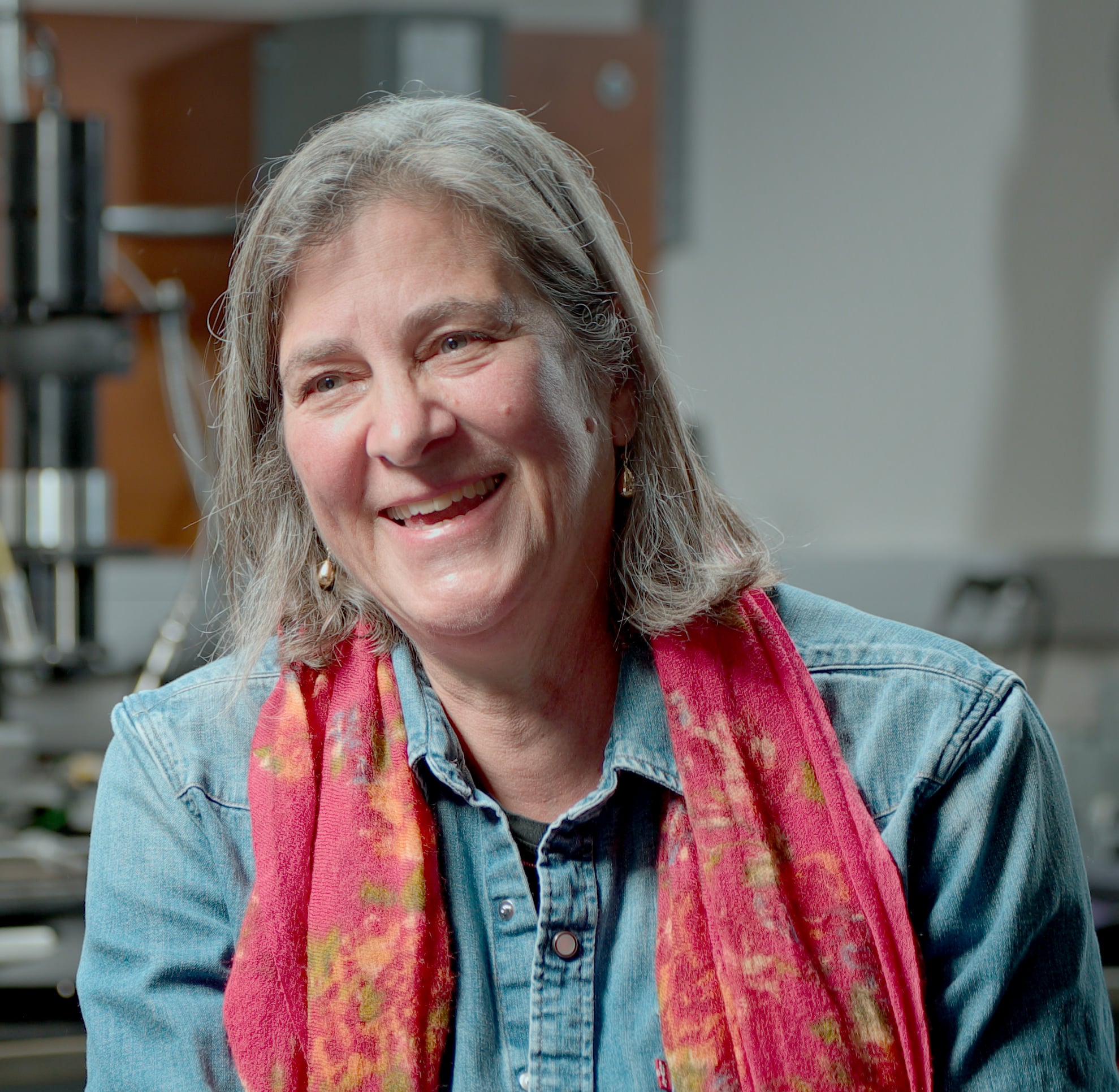 Franklin was co-discoverer of the top quark and the Higgs boson. She is presently studying the properties of the Higgs boson and searching for new physics beyond the Standard Model. 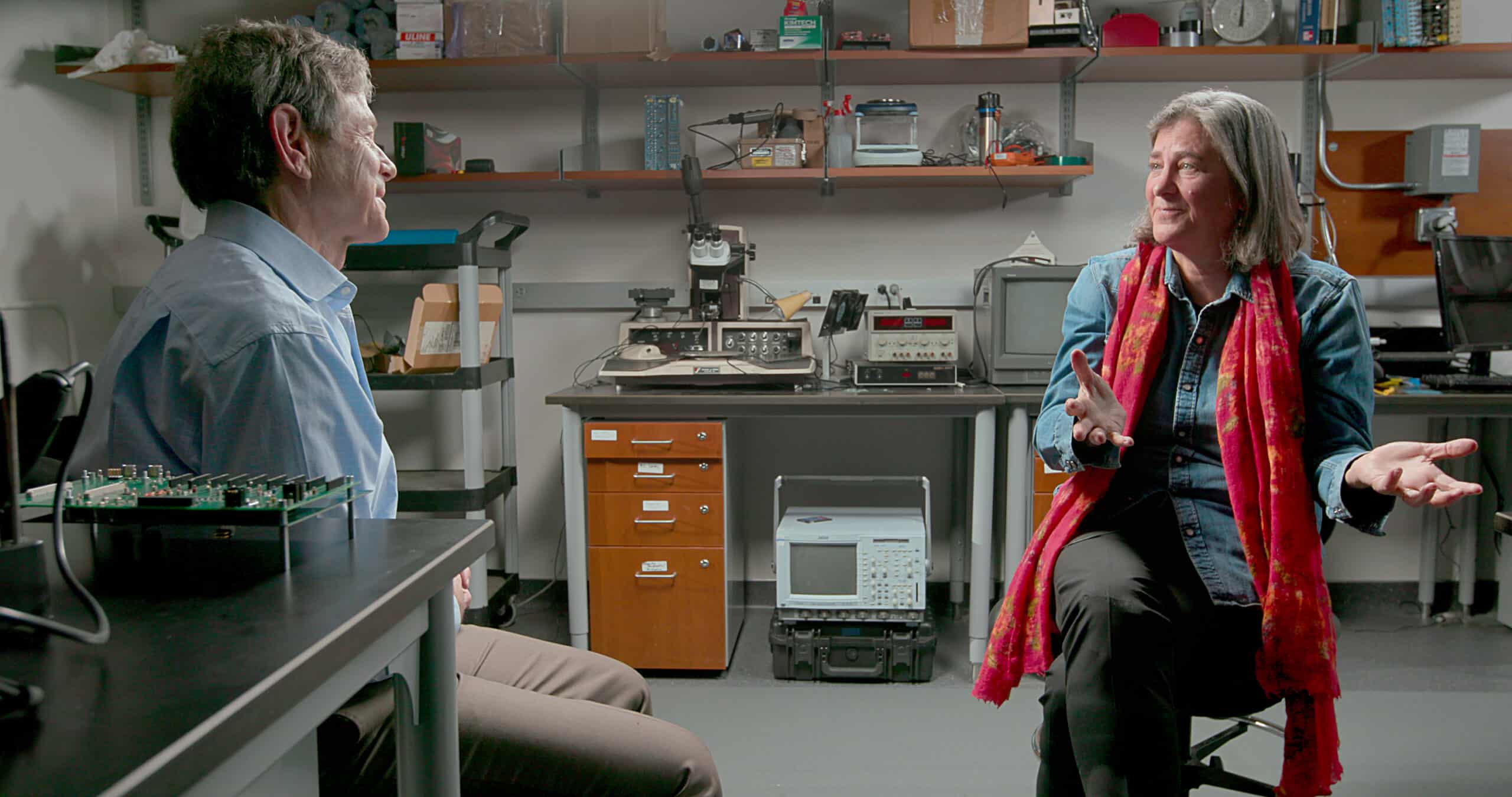