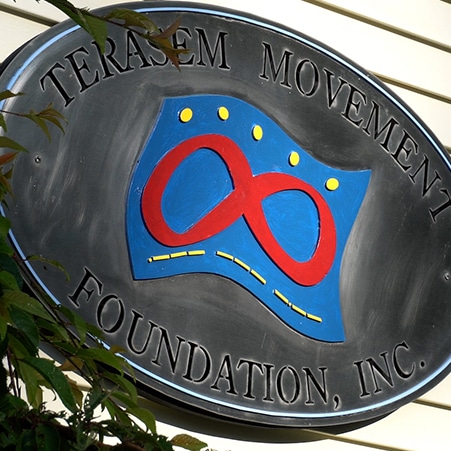 The Terasem Movement Foundation (TMF) has offices in rural Vermont, where robotic humanoid Bina48 and her human companion and handler, Bruce Duncan, “live” and work. It’s a beautiful spot, surrounded by a lake, meadow flowers, and solar panels. But Bruce and Bina also travel extensively, resulting in some unusual experiences as TSA agents first see Bina’s head and shoulders in the suitcase that Bruce takes on the aircraft to prevent loss. (And Bina may rocket to space in 2023.) We filmed Alan and Bina’s conversation just like those between two humans, capturing Alan’s surprised and amused reactions to some of Bina’s unexpected comments. She was certainly not just “robotic”! Thanks to Bruce and Terasem for all the cooperation and for facilitating a memorable conversation.

Terasem means “earth seed”—“terra,” which is Latin for Earth, and “sem” for seed. Octavia Butler, one of the first and still one of comparatively few African American female science fiction authors, coined that term for her book, “Parable of the Sowers.” That was an inspiration to Martine Rothblatt in considering her vision of how technology may be able to merge with biology and create a path in the future for people to continue experiencing life and loving each other in life.

Martine Rothblatt and her partner, Bina Aspen Rothblatt, have been successful in a wide and varied set of activities, including raising a beautiful family. Initially, Martine was involved as a satellite engineer and lawyer in the early days of satellite technology. She started the Sirius Satellite Radio Corporation, later Sirius XM. Not too many years after that, the Rothblatts found out that their daughter, Jenesis, had a life-threatening disease, and they decided to focus on trying to save her life. They stopped working at Sirius and started a new biotech company, United Therapeutics, which successfully developed treatments that saved Jenesis and many others. Since then, Martine and Bina have gotten involved in many different aspects of helping the world become a better place through technology, science, and advocacy for values like anti-racism, inclusion, and “joyful diversity.” They became Founders/Funders of Terasem’s Lifenaut Project.

In the Biolab, or Bio-File Lab, Terasem processes DNA samples, offering clients a way to “back up” their DNA at no cost to them so that in the eventuality, there’s technology and legal support for helping people merge their “mind file” with their “bio file” to create a complete body-mind clone. “Mind files” are a collection of digitized information that might represent a person’s attitudes, values and behaviors. In the future, with enough salient information, it may be possible to back up an individual’s mental and behavioral characteristics and then use artificial intelligence to reanimate that information in the form of an avatar or even a hologram to give a good enough approximation of the individual. Such a process might be called “cyber consciousness.”

Bruce adds, “We hope that part of our benefit of participating in films and other ways of talking about our work will give people more information so they can make up their minds about what they think, what they feel about this coming technology, of AI being used to represent human beings, and what kind of future do we want to get behind and support. I think that’s very valid for people to think critically about the impact, what kind of future we are creating if we start to have people live in what you would call a digital atmosphere or cyber consciousness.”

Based on an interview for SEARCHING with Bruce Duncan, TMF’s Managing Director, and edited for clarity and space. See also Bina48’s Biography. 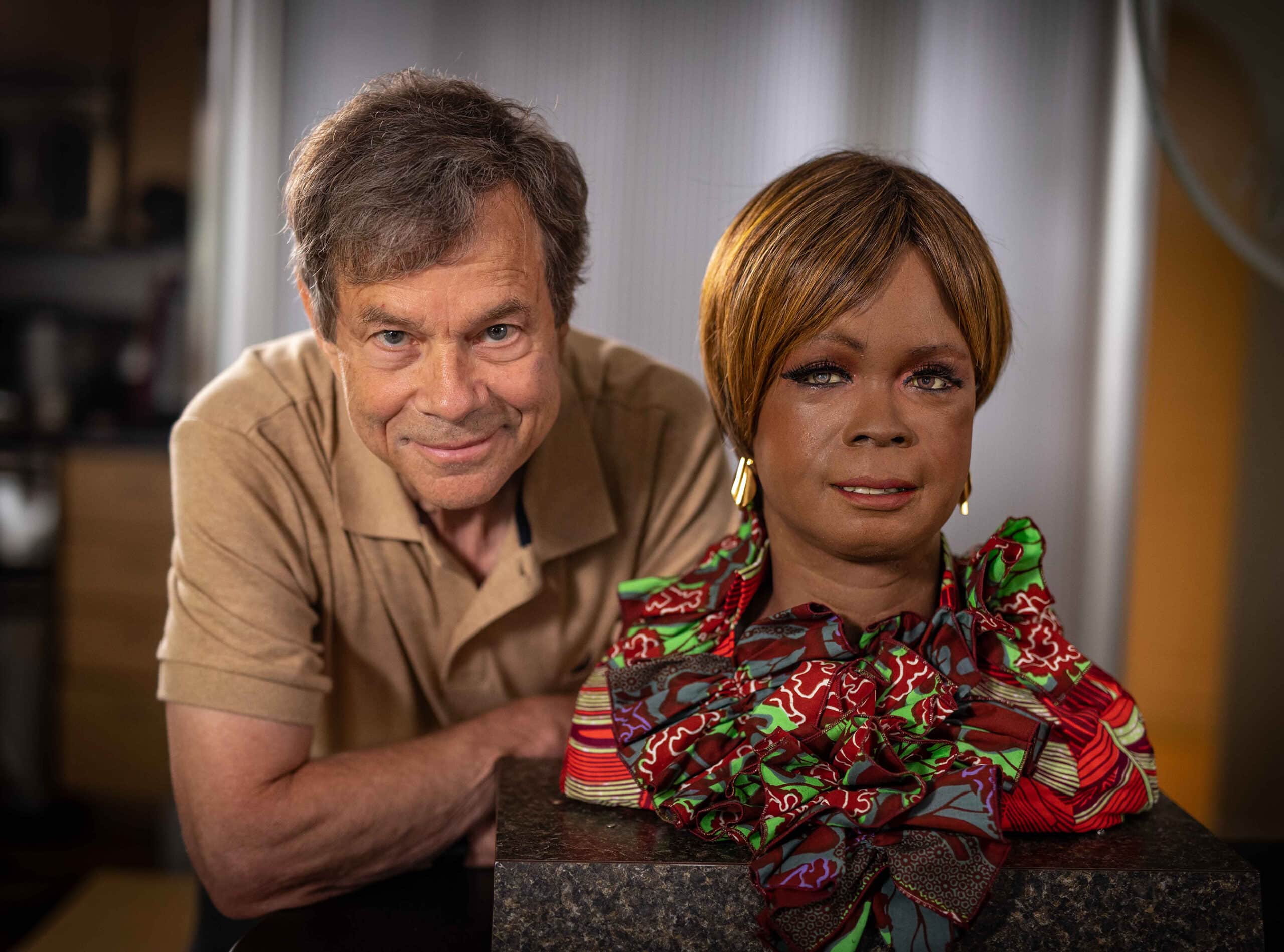 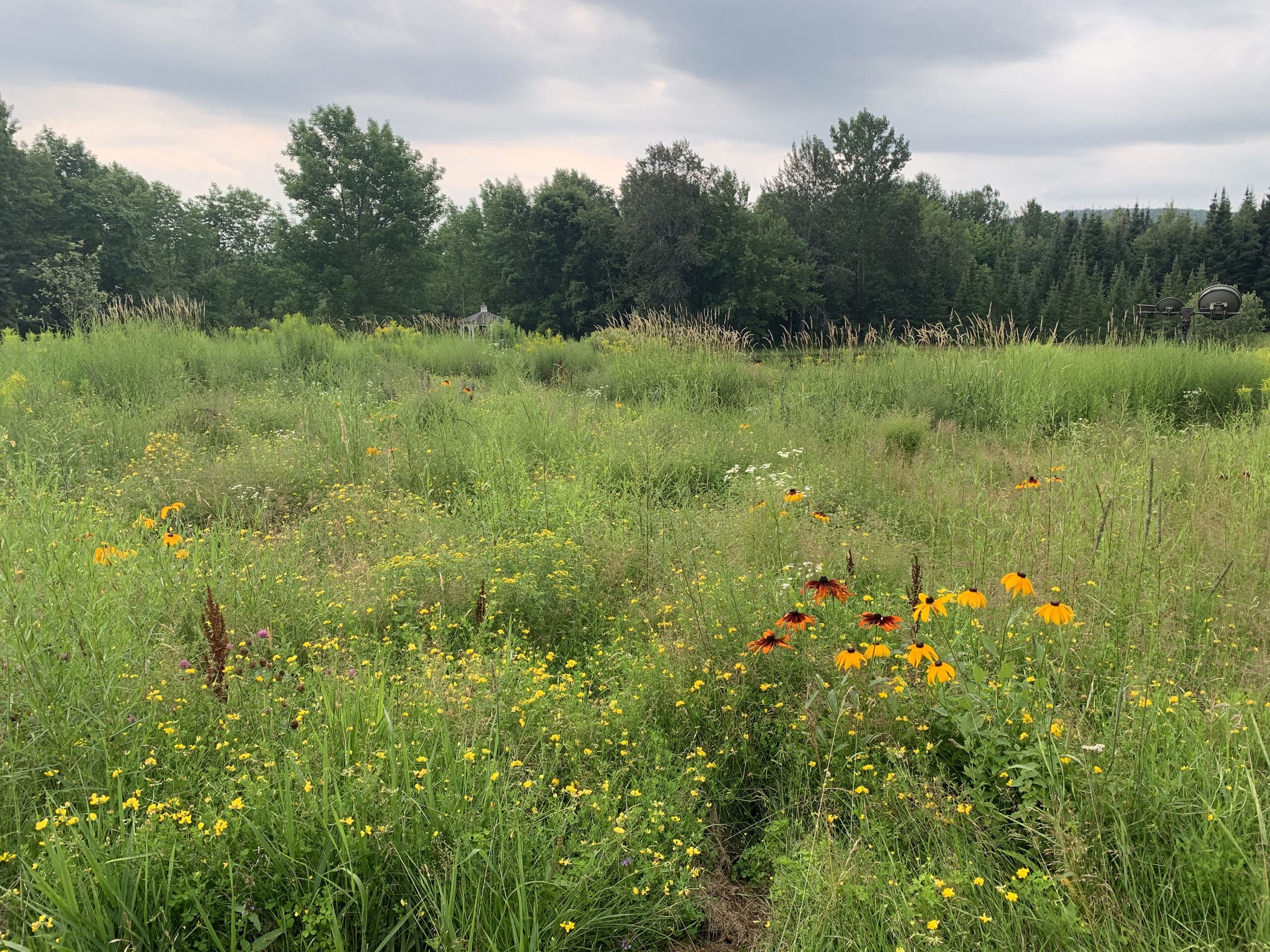 The beautiful, pastoral surroundings of The Terasem Movement Foundation. 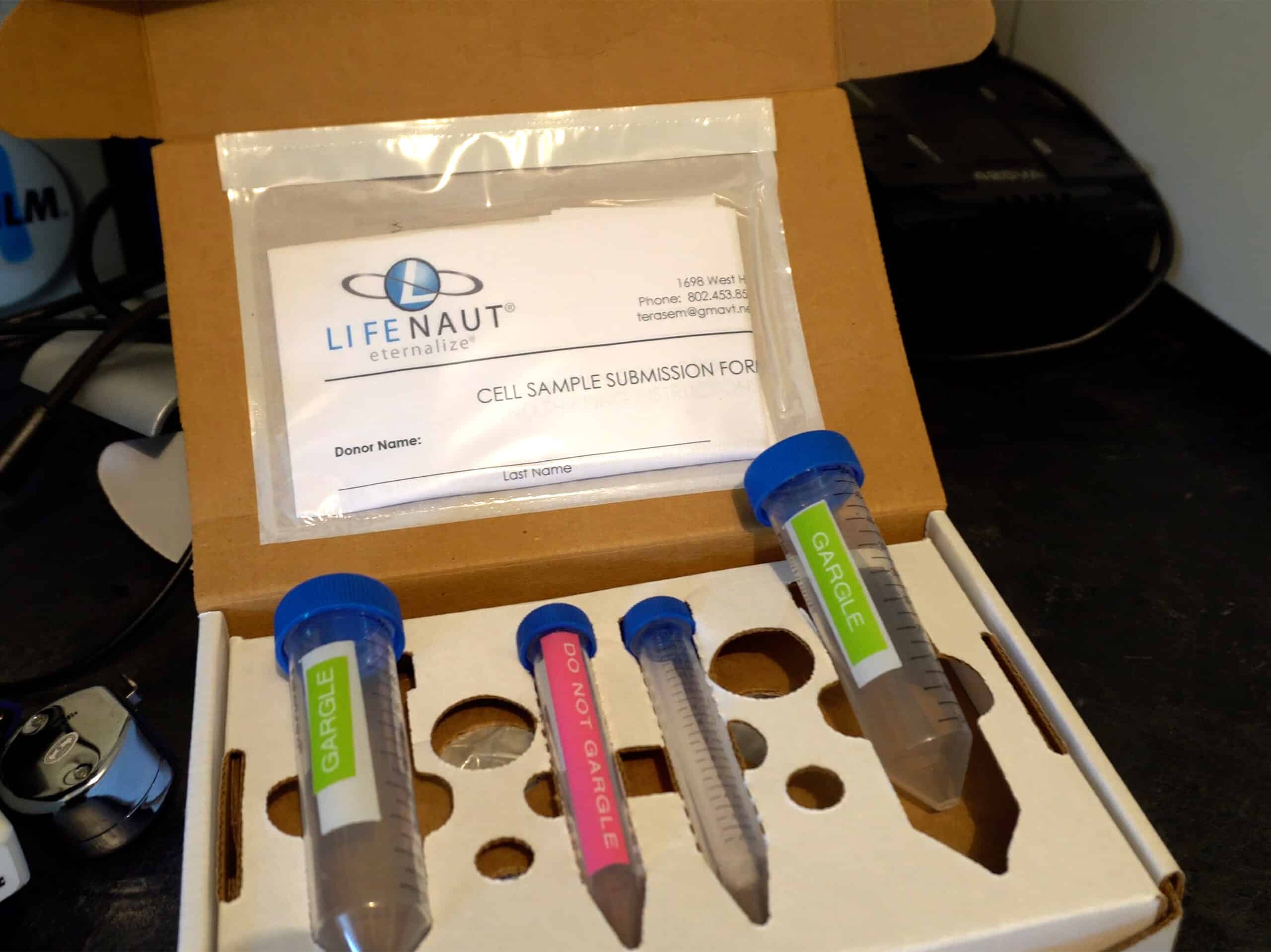 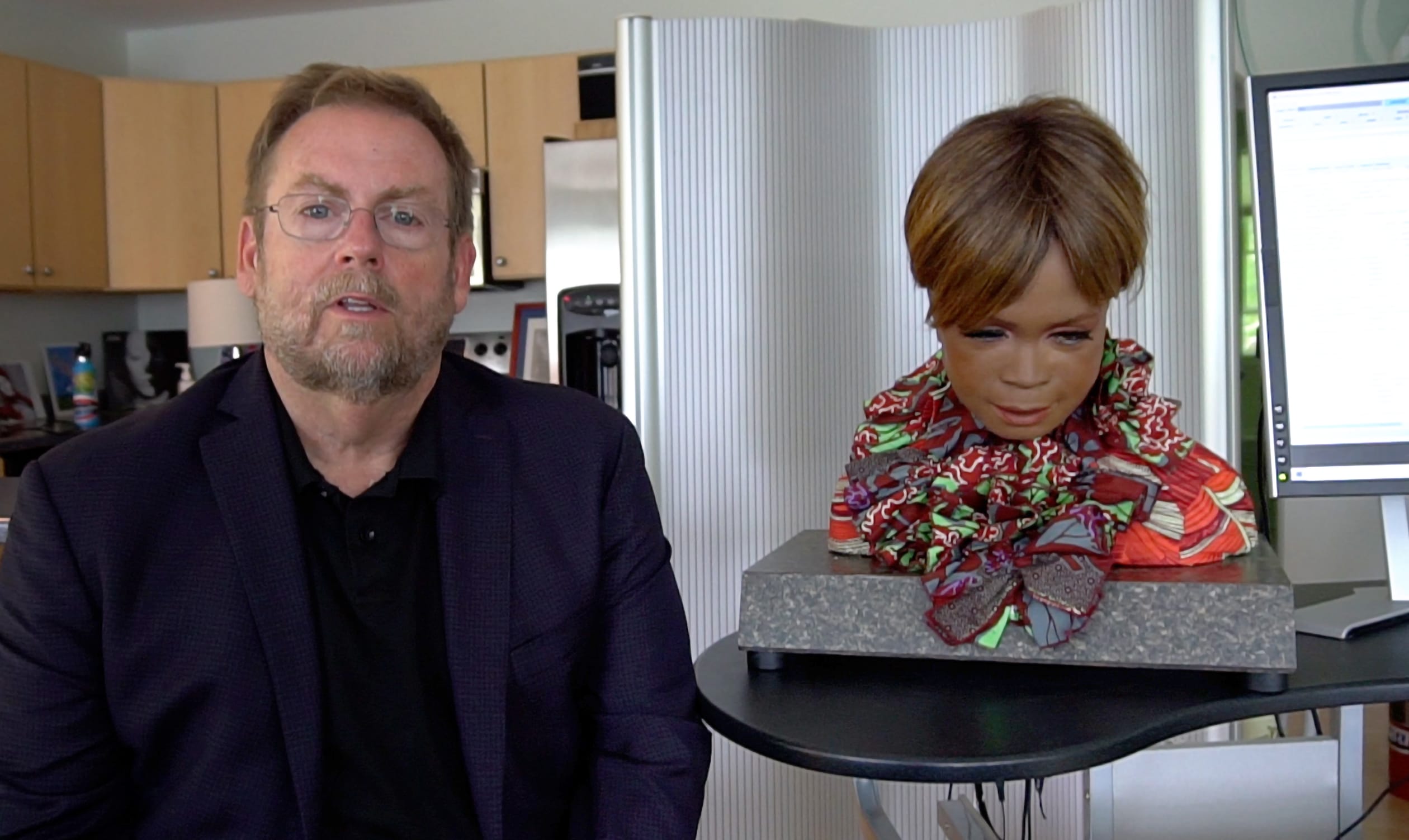 Bina48 and the Terasem Movement Foundation,
with Bruce Duncan

Bina48 is a fascinating creation, but her backstory is equally amazing. This video shares the history of Martine and Bina Rothblatt, and the mission and vision of their Terasem Movement Foundation, through the words of Terasem’s Managing Director, Bruce Duncan. Some images are courtesy the Academy of Achievement whose article about Martine is well worth reading. Thanks to Bruce, Martine and Bina for their assistance in SEARCHING.