La Ferrassie is a highly significant archaeological site in Savignac-de-Miremont, in the Dordogne department, France. Eight skeletons, rock engravings and other artifacts found here (many now on display in the nearby Museum of Prehistory in Les Eyzies-de-Tayac) provide important evidence of early human behavior. The site consists of a rock shelter within a limestone cliff. One complete human skeleton, called “La Ferrassie 1,” is that of an adult male. Archeologists like Bruno Maureille, Alan’s on-camera guide to the site during our filming, consider the position of the body to be evidence of ritual treatment of the dead by Neanderthals, and an indication of symbolic behavior tens of thousands of years ago.

La Ferrassie is an archaeological site in Savignac-de-Miremont, in the Dordogne department, France. The site, located in the Vézère valley, consists of a rock shelter within a limestone cliff, under which there is a scree slope formation. Artifacts found at the site are the productions of Mousterian (300,000-30,000 BP, “Before the Present”), Aurignacian (45,000–35,000 BP), and Périgordian (35,000–20,000 BP) cultures. The cave contains Gravettian (32,000–22,000 BP) objects; the scree includes objects from all these ages, as well as the Châtelperronian (35,000-29,000 BP). The site was abandoned during the Gravettian period (27,000 years ago.) Complex Mousterian burial structures found at La Ferrasie finally provided evidence of Neanderthal burial practice. (Which was the reason SEARCING filmed there.)

As described by the Smithsonian Institution, “The excavations at the La Ferrassie rock shelter in the Dordogne Valley, France, in the early 20th century produced the remains of an adult male and an adult female, providing scientists with the first evidence of sexual variation between the sexes in Neanderthals. In addition, the remains of the child and infant individuals help scientists understand the growth rates of Neanderthal children. A total of eight Neanderthal individuals, including adults, children, infants, and two fetuses, were found intentionally buried at La Ferrassie.”

One of the most important individuals found at La Ferrassie is “La Ferrassie 1”, the skeleton of an adult male. His skull, the largest and most complete Neanderthal skull ever found (in 1909), has many typical Neanderthal traits such as a low, sloping forehead and large nasal opening. His teeth, which are all preserved, are heavily worn, indicating he was older at the time of his death. His front incisors show slanted wear that does not occur from chewing; one hypothesis to explain this abnormal wear on his teeth is that he habitually held something in place between his front teeth, such as a hide, that he then scraped with a tool. Although this hypothesis has been debated, using teeth as tools may represent a remarkable Neanderthal behavioral adaptation.

La Ferrassie 1 is considered by many scientists to exhibit the “classic” example of Neanderthal anatomy. His leg and foot bones proved that Neanderthals walked upright and with a gait similar to modern humans. This finding debunked the earlier reconstruction of the La Chapelle-aux-Saints Neanderthal skeleton by French paleontologist Pierre Marcellin Boule, portraying this species as stooped, brutish creatures. 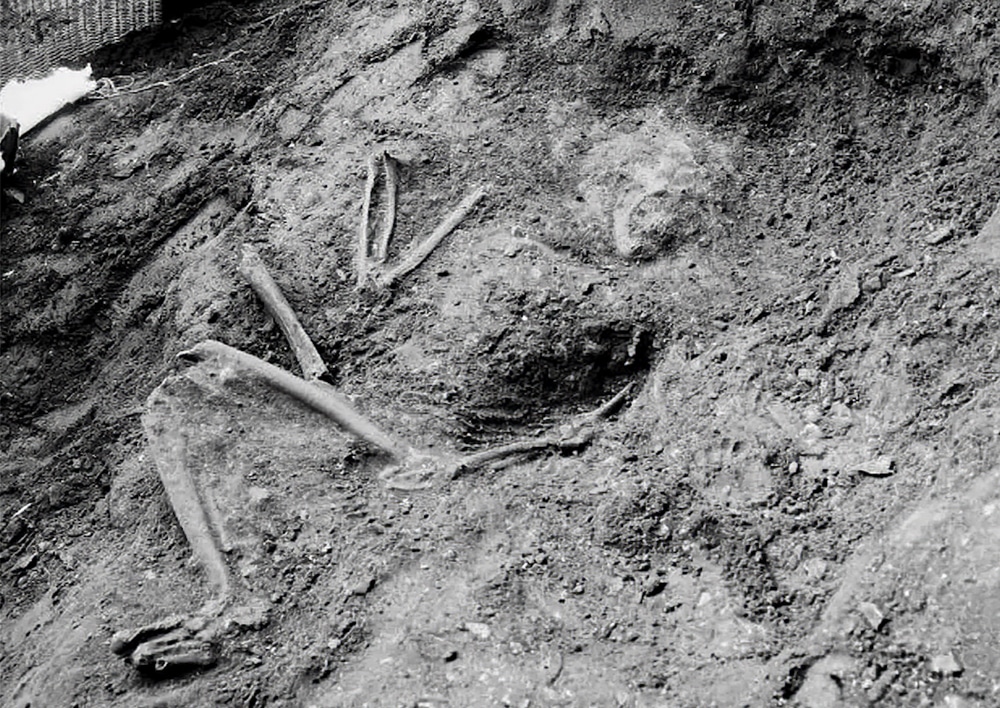 Skeleton found at La Ferrassie.
La Ferrassie 1 is considered by many scientists to exhibit the “classic” example of Neanderthal anatomy. His leg and foot bones proved that Neanderthals walked upright and with a gait similar to modern humans. 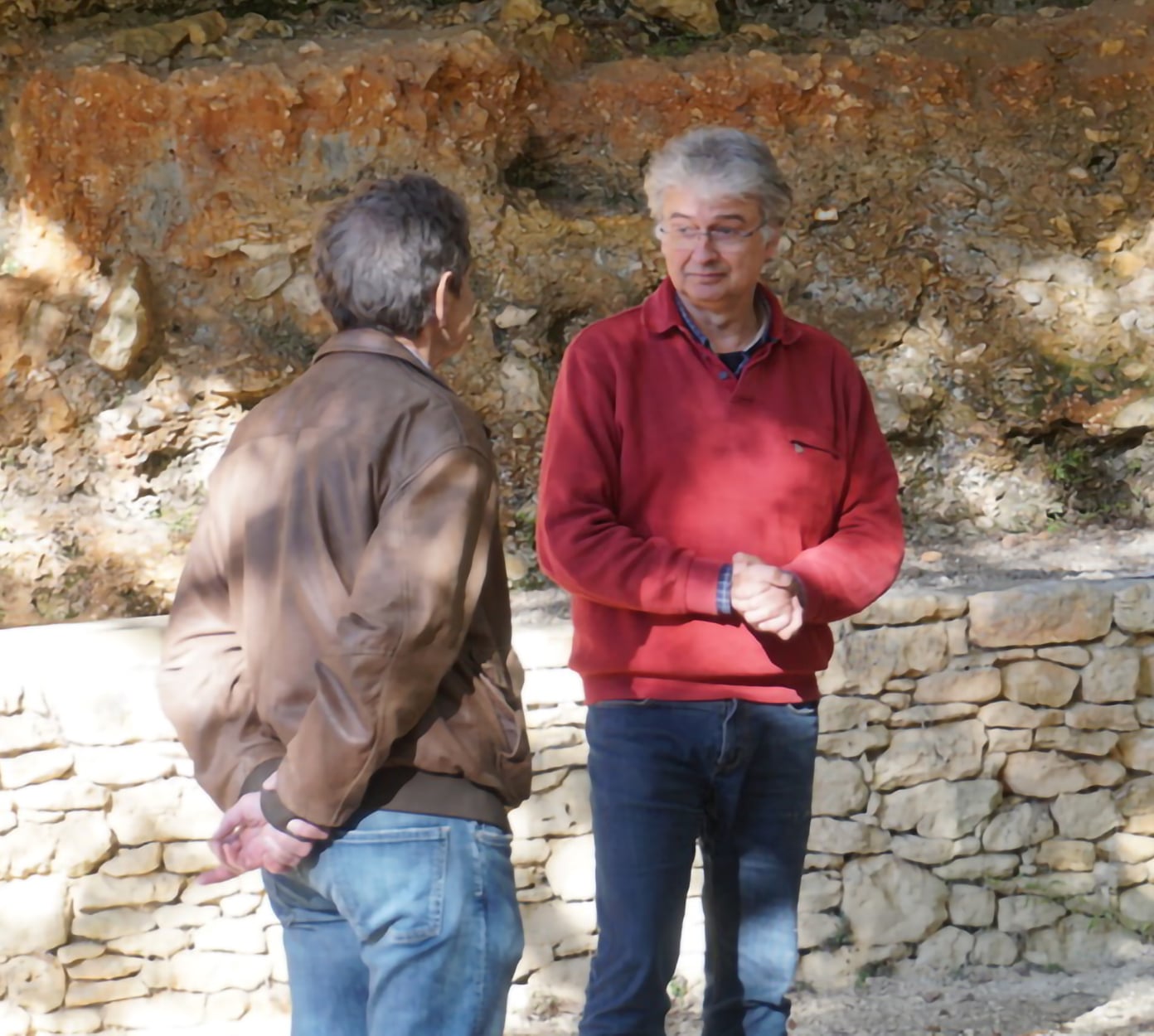 Host Alan Lightman and Bruno Maureille at the site where the ancient remains were discovered.
READ MORE